2015: the year we started to invest again

Appetite for investment is back, but global trading conditions are still challenging some UK businesses.

The UK suffered a difficult few years in the wake of the credit crunch, but many businesses started to see positive change in 2015.

The EY ITEM Club commented on perceptions that business investment had previously been held back by the UK economy, leading to a combination of high savings and restrained future planning. But its Special Report on UK Business Investment in September offered projections of investment rising “by an average of 6.4% a year between 2015 and 2019, to reach a high in real terms of 12.9% of GDP, a level not seen in the UK for over three decades.”

This echoed the sentiment of George Osborne’s claim in the Summer Budget in July: “For the second year in a row, Britain is expected to have the strongest economic growth of any major advanced economy in the world.”

At the same time, global market conditions became significantly more challenging in the latter half of 2015, with 73% of CFOs in September rating the level of economic uncertainty facing their business as being above normal, high, or very high - compared with 55% at the end of Q2 - according to Deloitte in September.

This is the highest proportion for more than two years, with the confidence of exporters severely impacted.

China’s economic slowdown, which sent shockwaves across global financial markets, appeared to play a strong part in falling risk appetite among UK companies. In the Deloitte survey, 60% of CFOs said the Chinese downturn would have a negative effect on their business in the next 12 months.

UK equities down 16% from their April peaks, US institutional investor optimism at 2009 levels, financial market volatility up sharply, and more downgrades to emerging market growth forecasts were just a few reasons he offered.

Nevertheless, Martin Beck, senior economic adviser to the EY ITEM Club still sounded a bullish note of optimism. “Contrary to the fears of some economists that the global economy is heading towards secular stagnation, we are confident that the UK will avoid this threat," he said.

“There are strong reasons to be optimistic about prospects for investment over the next few years. A continued appetite among firms to invest will be good news for productivity growth, and will ensure that the expansion of the UK’s economy is sustainable.”

Outlook for business investment is not uniformly bright in the UK, with the shrinking North Sea sector, the need to service hefty pension deficits, and continued uncertainty over the outcome of the referendum on the UK’s membership of the EU just a few reasons why some companies are maintaining a holding position for the foreseeable future.

But as Martin Beck concluded: “Overall, the balance of forces working for and against continued strong growth in business investment are erring towards the former. Business investment should continue to rise well in excess of overall GDP growth, implying that secular stagnation is an affliction that the UK should happily avoid.”

Take a look at our latest infographic: Why SMEs can't afford to ignore alternative finance 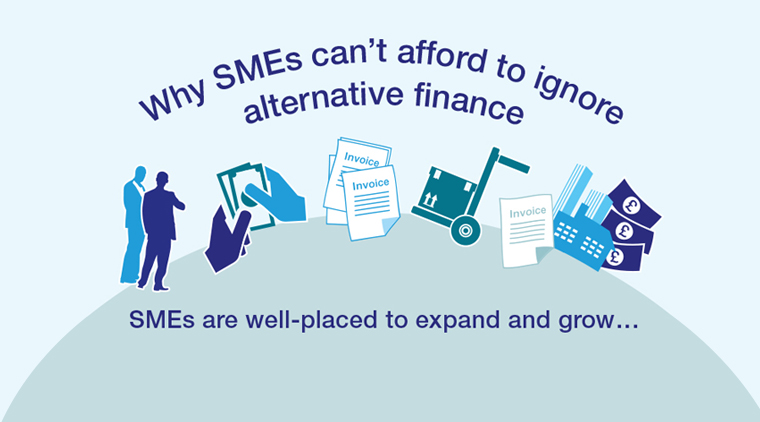 Succession planning: how to fund a change of ownership

How to manage seasonal fluctuations